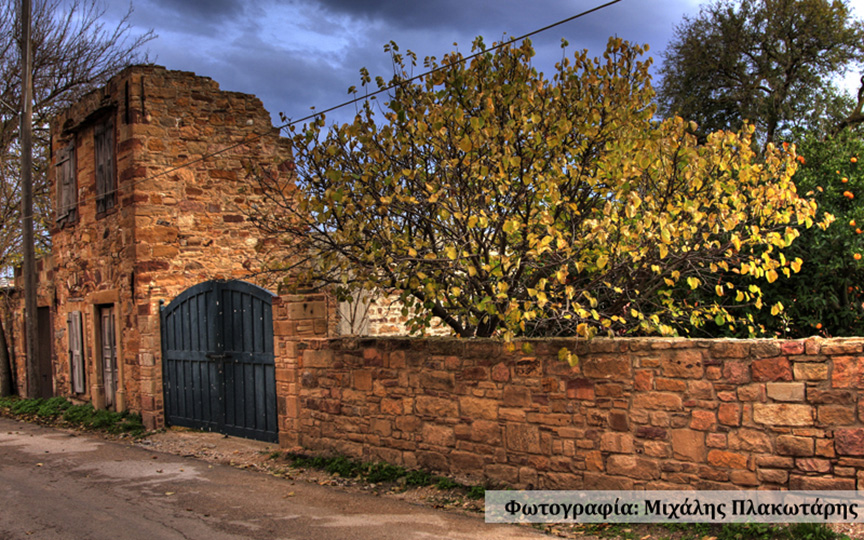 Kampos is one of the most distinctive areas in Chios. It is a unique residential complex, where the natural environment is in total harmony with the local architecture. It lies at a 6-kilometre-distance south of town, and is widely known for the impressive mansions with their citrus fruits gardens. The area is protected by the Greek Ministry for Culture, as a historic site and traditional settlement. The high walls made of the local reddish stone from Thimiana village protect the gardens of citrus fruits from extreme weather conditions, but also from prying eyes. The Genoese and local aristocracy of Chios started building their mansions in the area in the 14th century.

The citrus fruits gardens used to be watered through wells with “maganos”, a traditional way of irrigation. The two or three storey mansions would guarantee the owners not only spectacular views, but also a way to observe their estate.

The architecture of the area is impressive. Its unique distinctive elements include arched doors and windows, decorated balconies and terraces, huge iron garden doors, marble paved yards and painted ceilings. 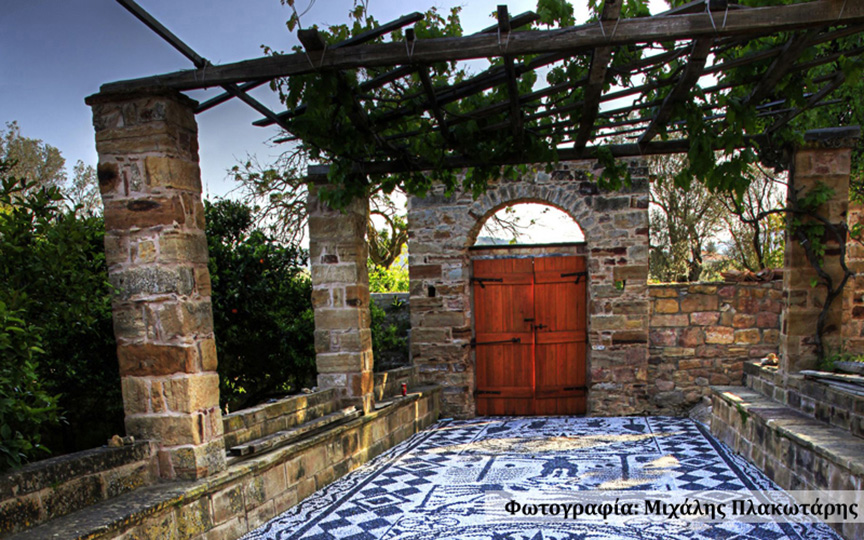 We do not have much archaeological evidence from the area. The name “Kampos” (“campus” in Latin) is found in travellers’ accounts since 1673. Before the Genoese occupation Kampos had a remarkable production of wheat, vegetables, pomegranates and wine. The vineyards were the most important cultivation. There was also a significant cultivation of mulberries, providing thus food for the cultivation of silkworms. Silk production was for many centuries an important source of income for Chios.

The Genoese created the extensive citrus gardens in Kampos in the 13th century, after establishing there were enough water supplies. The success of the citrus trees cultivations transformed Kampos into a large citrus garden..

The mansions of Kampos became home to many families of the Chiots, Byzantine and Genoese aristocracy.

The new conditions under the Ottoman rule since 1566 allowed the further development of Chios. The economic development enhanced the need to enforce the status of the powerful classes through architecture. Until the 18th century Kampos, as well as the whole island, was in continuous prime.

Unlike the rest of Greece, Chios experienced wealth and prosperity, especially due to the development of commerce. Large sail boats would transport the famous Chios mastic and citrus fruits to important ports in Istanbul, Odessa and Marseille. The communication with Europe and the wealth of the island resulted in the formation of a class of high bourgeois, who chose to reside in Kampos’s mansions. The wealthy class would choose Kampos as a holiday site, in order to rest in the countryside. Despite the fact that their wealth was a result of their activities in commerce and their networking with commercial centres in Europe, the members of this class did not neglect the Kampos cultivations.

The caretaker of a Kampos estate was called “anestatis” and he would permanently live in the estate. The agricultural cultivations in Kampos were vital to this second residence, securing thus the estate’s sustainability.

The 1822 massacre literally ruined the landscape. A lot of the people perished, and the ones that survived fled the island. Before the massacre, there were one thousand two hundred inhabited towers and estates in Kampos. After the catastrophic events, only four hundred were restored and re-inhabited.

In the winter of 1850, Kampos suffered again. An unprecedented freeze destroyed the citrus trees. Such was the loss, that all the estates’ owners gave up on citrus trees cultivations. However, at the time an important innovation took place. Yiannis Choremis, a well known member of the Chios diaspora, brought the tangerine tree to Kampos, because it is a citrus fruit variety that endures low temperatures. The tangerine tree cultivations were successful and the famous tangerine of Chios took over the market for more than a century.

The 1881 earthquake destroyed most of the buildings in Kampos. This marked the end of an era for Kampos, since most of the wealthy families left the island for ever as a result of this disaster.

In the modern era most of the estates are taken over by the caretakers, either due to their long term use or by buying them from the previous owners. Old farmers who had immigrated to the USA bought estates on their return, in order to work the land again. At the same time, some estates still remain in the old bourgeoisie families, who although prospered abroad, they still remained attached to their birthplace.

The decline of Kampos starts after the II World War. Citrus fruits are by then extensively cultivated all over the Mediterranean. Intense competition and inability to respond to the new challenges resulted in the decline of the Kampos citrus fruit trade. 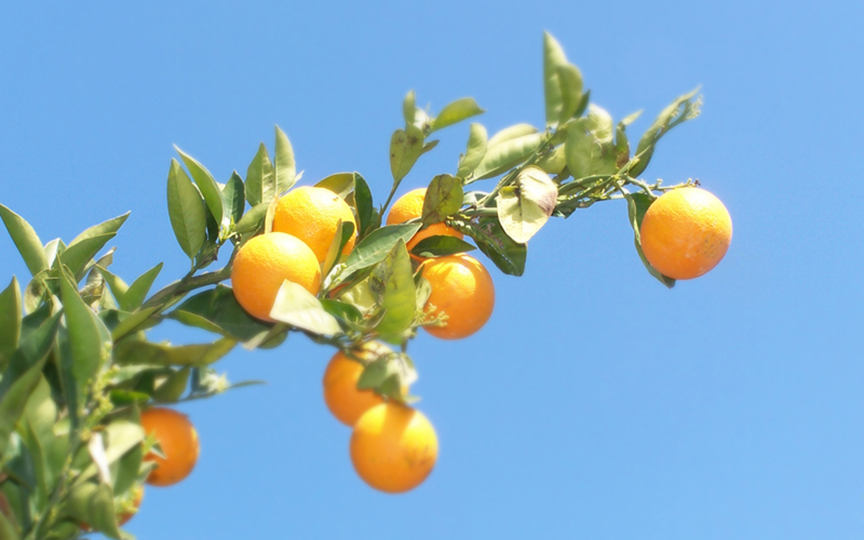 Kampos is a residential complex that is a worth visiting sight in itself. It is a lovely place to walk and explore, in order to admire the natural environment as well as the remarkable architecture. Some of the estates are open to the public, giving the visitor the chance to experience by first hand the beauties that are hidden by the high stone walls. 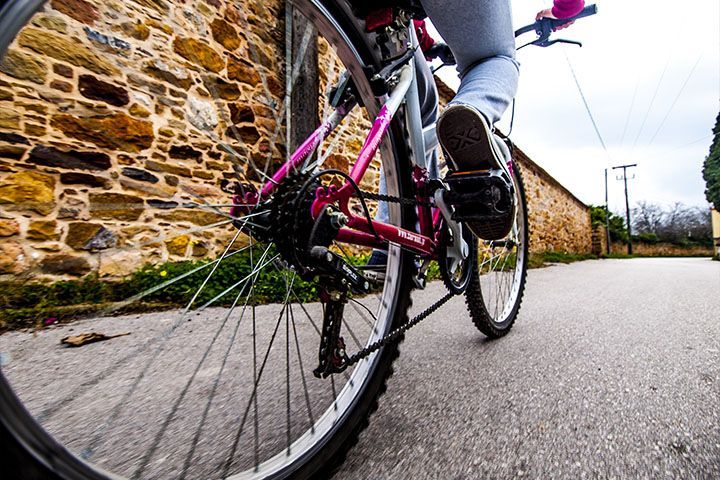 Grab a bicycle and wander around Kampos! Discover another world behind the traditional doors of the mansions, the high walls made of the local reddish stone and the citrus tree gardens.

Follow the suggested trail on the map, featuring points of interest, information and trivia.