The great epic poet of the ancient world, creator of the Iliad and the Odyssey, is connected to Chios island through a tradition that dates back to ancient times and is alive until nowadays. Homer never mentioned his hometown sparkling thus a long dispute about it, as neither his biographers nor the researchers have agreed upon it. In this long dispute various Greek cities have claimed him, but Chios is always among them, and has become the predominant city claiming Homer’s origin. This connection is supported by a series of evidence from philological sources and archaeological findings to old local traditions. All this evidence has prompted the travelers that visited the island after the 14th century to seek zealously for signs of Homer’s school, his house and his grave. The travelers’ research on Homer added to this tradition that connect the epic poet to the island – a tradition that the people of Chios are very proud of.

For a tour of Homer’s Chios, you can follow the digital tour “Searching for Homer”, which is offered for free in Greek and in English, through Clio Muse digital content platform. You can download the tour in your smartphone, through the Clio Muse application, or you can browse through the tour from your desktop through the Tour Experience website. The testimonies of ancient authors and European travelers, as well as the archaeological finds and traditions, reveal that Chios is the birthplace of Homer. The tour is composed of 2 parts. The first part focuses on the city of Chios and the second one on the mainland. You can take the tour in parts, according to your time and search for Homer. There are 13 points of interest and 40 stories with text and audio about them.

Which areas of Chios island are traditionally connected to the great epic poet of antiquity?
+

The temple of ancient goddess Cybele at Daskalopetra, also known as Homer’s Rock

The rock of Daskalopetra has been traditionally connected to the School of Homer. The main part of the rock has been thought of as the throne where the poet would sit, teach his students and recite his poems. The rock has always been visible since ancient times: an important site and reference for travelers and visitors. 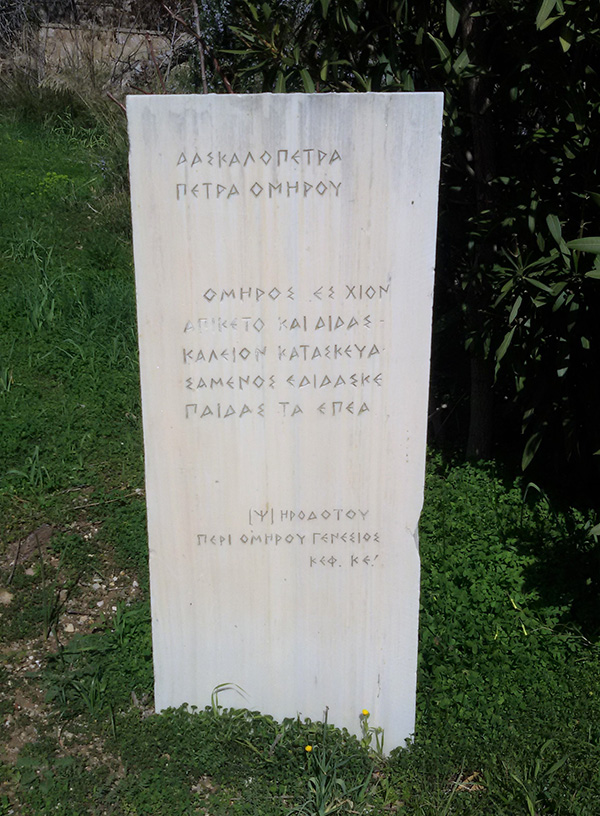 The interpretation of the ancient monument has long been disputed as well. The archaeological research has now concluded that it was an open-air temple of the ancient goddess Cybele, patron of nature and fertility, whose worship was popular in Chios. However, the misunderstanding with Homer might not be accidental. Some researchers have observed that the goddess’ worship could be connected to poetry competitions and Homerides, bards from Chios, who claimed that their ancestry dated back to Homer himself.

In ancient times there were no authentic historic records on the life and work of Homer, there were a lot of authors who tried to gather evidence that were part of the tradition and the collective memory. This way, the poet’s biographies were created mostly like fairy tales. The oldest and longest biography we know of is by Herodotus of Alicarnassus, known as Pseudoherodotus. The author describes Homer’s arrival and life in Chios. Among other things, he mentions his arrival on the island from Focea of Erythrea, when he spent one night at the beach. After that, he travelled into the mainland and arrived at the village we know today as Pityos. There he wandered in the forest where he had various adventures and he was taken in by a shepherd named Glaucus. The shpeperd led him to Volissos village, where he stayed and worked as a teacher, teaching the local lord’s children. Similar accounts are repeated in other biographies of the poet, connecting Homer to these parts of North Chios. 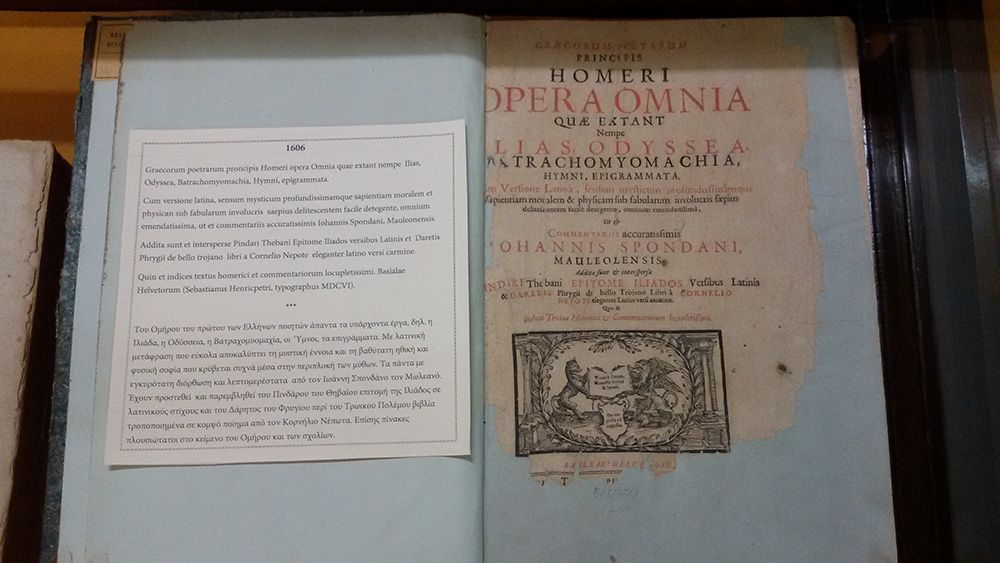 Homer and the travelers: “Epano merea”

This connection was further supported by the accounts of the travelers that visited Chios from the 14th to the 19th century. They enthusiastically searched “Homeric sites”, recorded their experiences and the locals’ accounts and created maps marking important sites, such as Homer’s settlement and Homer’s grave.

Traveller Christoforo Buondelmonti was a characteristic example. He refers to “Epano merea” the Northwest past of the island, marking on the map he designed "Homer’s grave" and "Homer’s citadel". 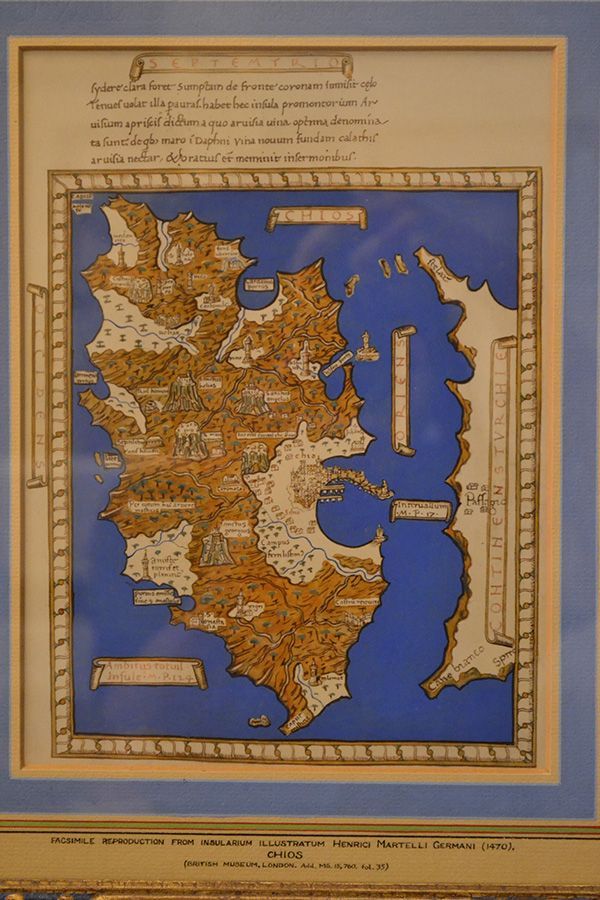