Chios Castle, full of picturesque neighborhoods and narrow streets, is one of the must-visit places in Chios town. Inside the Castle, at the Northwest side of the walls, there is the Ottoman Bath Complex, the so-called Hammam. After the restoration which was successfully completed in the summer of 2012, it is one of the most well-preserved and impressive attractions of Chios. 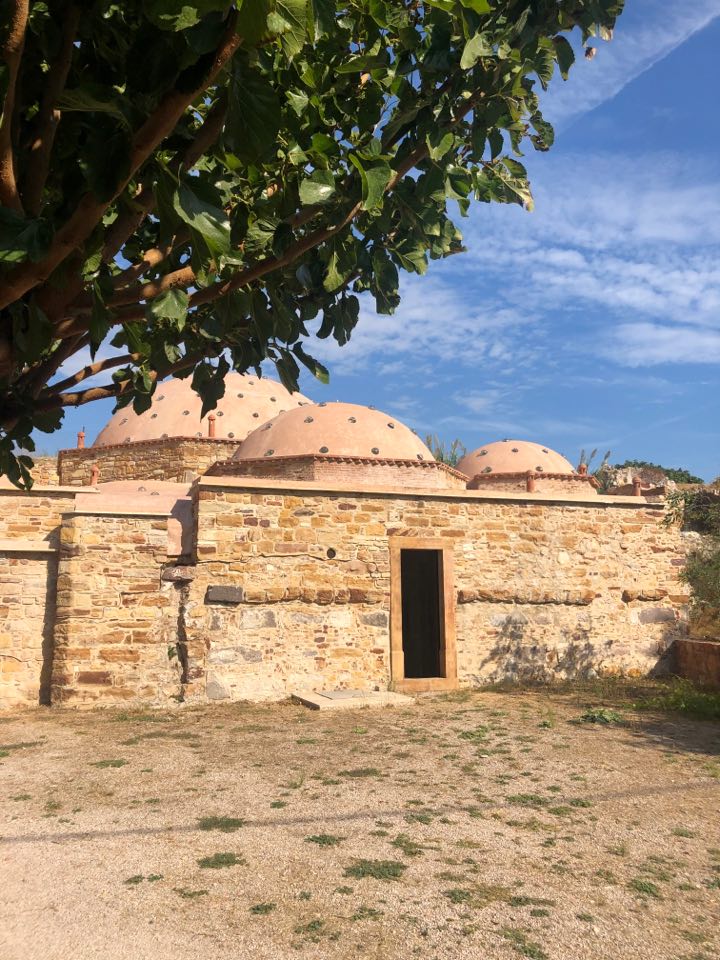 It is worth visiting and admiring the building which is well preserved both externally and internally. The entrance to the Baths is on the left side, where used to be the lobby and the locker rooms. Nowadays, the visitor will find there a reception which provides relevant brochures translated into several languages.

Afterwards, through a narrow space that used to be moderately heated in order to help the body to get used to the heat, the visitor passes in the large hall with the central dome. This was the central hall, where the hot bath was made. There one can admire the marble benches and the decorative elements, indicative of the glamorous era, and the special glass holes in the dome, from where the light came in, that illuminate the space beautifully. It is worth making a stop in order to give a look at the details and feel the energy of the space. 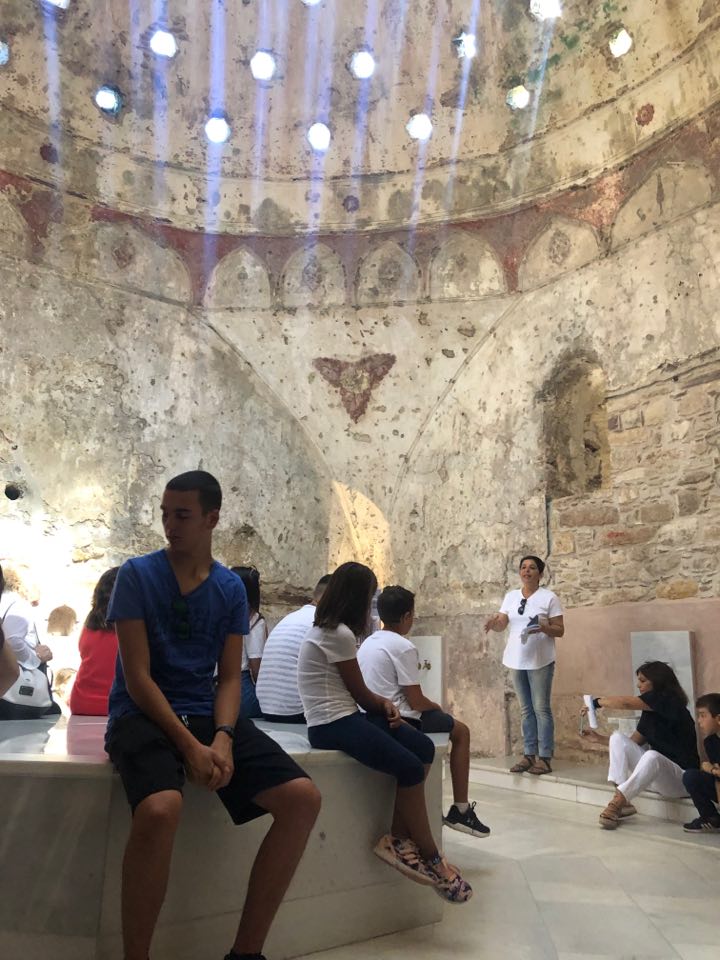 At the end the visitor comes across two smaller areas that were formerly hot and that were used for secondary services. Today at the end of those rooms there is a sample of the foundations that show how the steam and the hot air were circulating under the building in order to heat the space.

Tagged under
Tweet
More in this category: « Tsikouda: A nut that the people of Chios love eating on autumn! Simple ideas to take advantage of Chios mastiha's cosmetic properties »