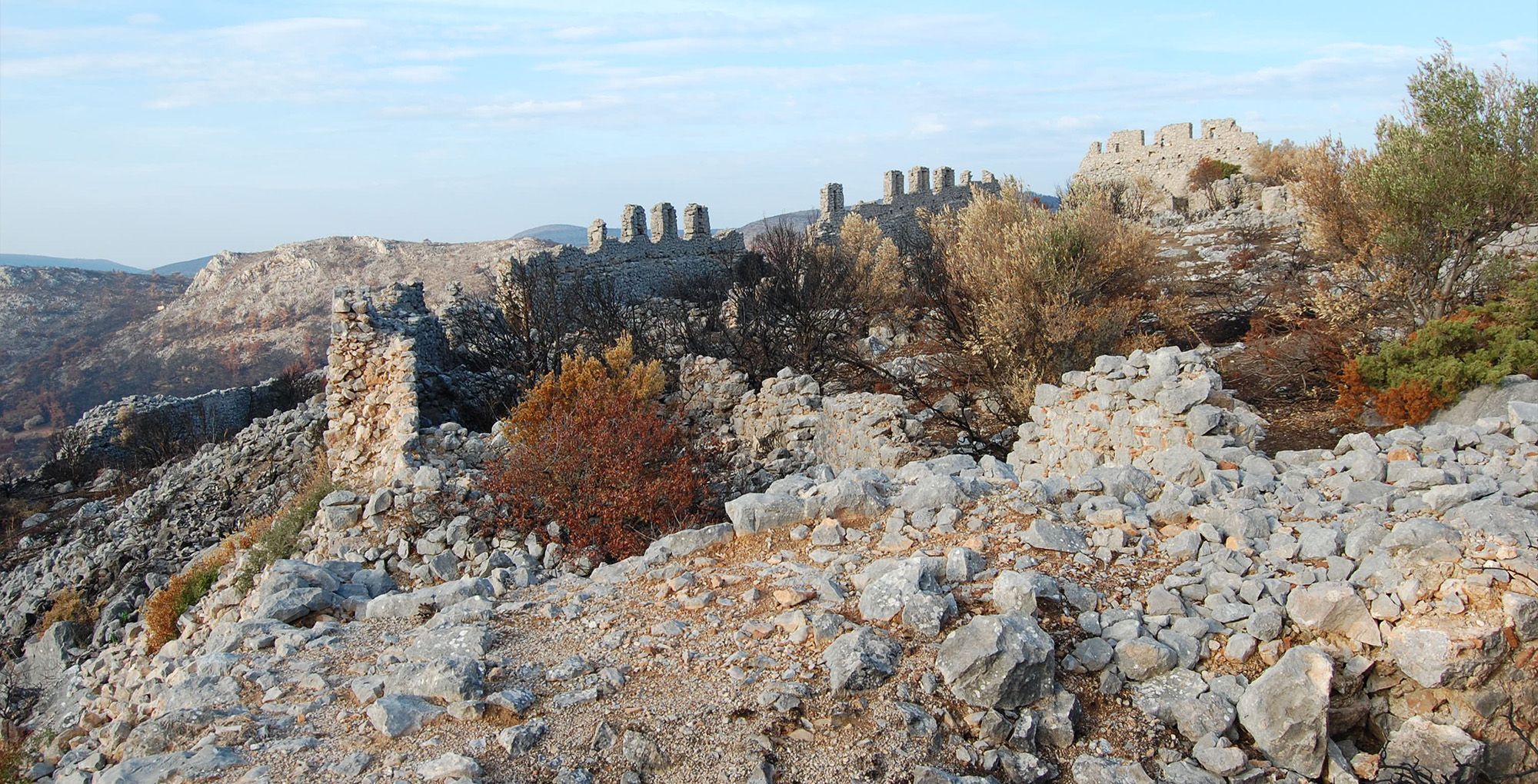 Natural environment: A plain with olive trees and mastic trees at lower elevations, pine forests further up and rocky land at the top. Interesting bird fauna with the presence of raptors (long-legged buzzard, peregrine falcon) 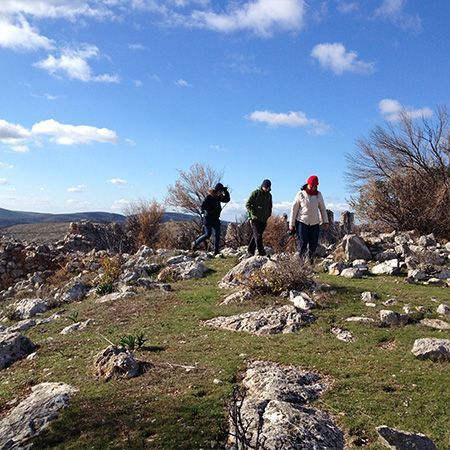 This trail begins from the main road at the point where the Armolia ceramics workshops are located. We take the country road, passing through the plain planted with olive and mastic trees.

Here the land is exclusively given over to farming. The country road goes as far as the point where the uphill climb begins; there the incline is steeper.

We come to a resting area with wooden benches and tables, as well as the remains of buildings dating from the time of the fortress; what they were used for remains a mystery, however. Our route continues over a footpath that slopes up sharply among pines, kerm oaks, mastic trees and strawberry trees.

Continuing up the steep slope, the view widens to include the plain and the village of Armolia, Vrettos Monastery, and in the distance the village of Kalamoti and Komi beach.

Nearer the Castle, the landscape changes to rocky with low vegetation. The village of Patrika has now become part of our view.

The last few meters of our hike are up the man-made steps that end on the eastern side of the fortress at a point where the wall has collapsed, giving us access to the interior. To our right stands the biggest and strongest tower of the fortress.

Armolia: Armolia is located 20 kilometres southwest of Chios Town. It is the main hub for the villages in the south. The village has tradition in making and decorating clay objects. At the entrance to the village there is a ceramics workshop.
Armolia’s houses are small, built of stone, and close to each other, the purpose being to create a single defense structure on the model of the area’s other settlements.
The visitor may find it worthwhile to take a stroll through the village’s narrow streets and lanes and visit the Church of Panagia in the village square. The Church of Panagia is conjoined with the Church of Agios Dimitrios, where an extremely fine altar screen dating from 1744 can be seen.

Apolichna Castle: A large and impressive fortress on the top of a hill. At an elevation of 220 meters, it is one of the highest elevations in southern Chios.
Its position offers the possibility to survey the plains of Kalamoti and Armolia, as well as the sea around Komi.

It was built in 1440 by the Genoese Nikolao Justiniani and is trapezoidal in shape, with double walls and small defense towers. Inside there were water cisterns and 62 rooms, as well as a church.
As we walk around inside the fortress, we can see the ruins of the rooms, the remains of the defense towers with their loopholes, which stand on the eastern and western side, as well as a major part of the well preserved south wall, which is quite tall. Inside, at some distance from the south wall, there is a lower defense enclosure, which obviously was built in order to make it difficult for enemies to approach, since without it it would have been quite easy to get as far as the main walls, due to the relative regularity of the slope. By contrast, access from the north was more difficult, due to the sheer cliff. The northeastern tower has large rounded windows, which may have served as entryways by means of rope ladders, as was the common practice.

Due to the morphology of the footpath, it is not possible to use any other means, such as mountain bike, since there are steps or abrupt turns in the path at certain places.
Alternatively we can begin the trail directly from the point where the climb up to the fortress begins. We can reach that point by car on a passable unpaved country road. 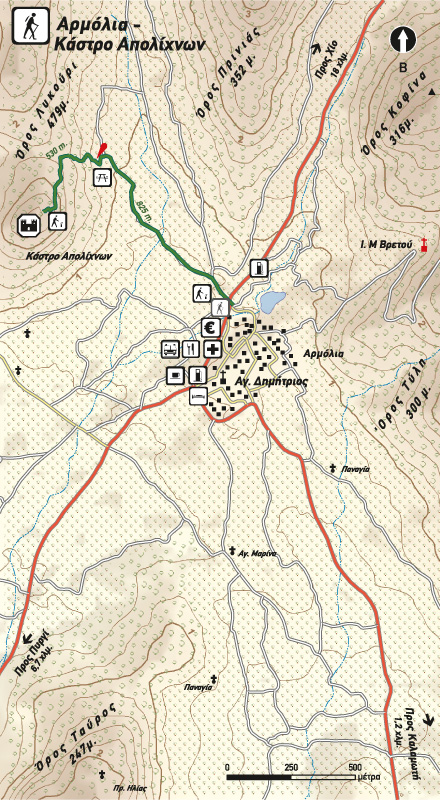