The Castle of Chios lies north of the town centre. It used to be the walled core of the town since the Genoese period. Its main entrance (Porta Maggiore), which was constructed by the Venetians in 1694, lies at the south end. There is another entrance at its North West side (Portello).
Its walls both in land and in sea create an irregular pentagon, with strong bastions, eight of which are well preserved.

History ... inside and outside the walls 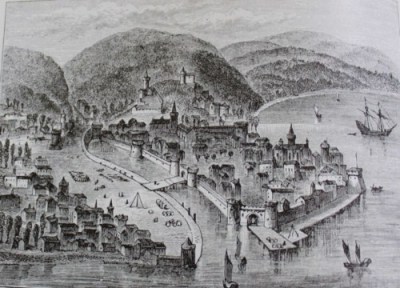 There is evidence that the Castle has been inhabited since the Hellenistic years, during the Roman and the prime byzantine years. In 1329 the castle was taken over by the Byzantines. In 1346 Chios was occupied by the Genoa Democracy. In the medieval years, the castle’s town (Civitas Chii) was the centre of the island’s administration and military command. The town (borgo) lay outside the walls. The island was administered by the trading company, Maona, the members of which were the Genoese Albertos and Giustiniani, since 1362.
In 1566 Piali Pasa took over the Castle, for the Ottoman Sultan Suleiman the Great. In 1694, it was briefly captivated by the Venetians, who did extensive works in the defensive infrastructure. Ever since, the Castle has remained continuously under the Ottomans, until 1912, when Chios was liberated and became part of the Greece.
he Greek State took measures to protect the monument. In 1924 the Castle of Chios was protected by Presidential Decree as a site of archaeological and historic importance. The fortress suffered destructions especially due to the 1828 bombardment and because of the 1881 earthquake. However, its most important transformation took place in the early 20th century, when the whole of its south wall was demolished in order to build the Chios port waterfront. 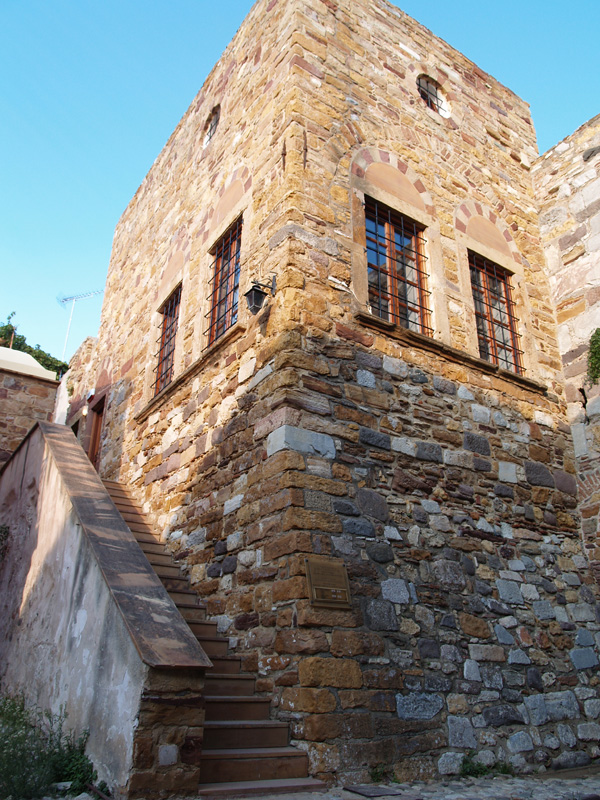 The Giustiniani Palace is a two storey building in the Castle near the main entrance. It was built during the Genoese period, during which it housed the headquarters of the administration. Today it has been restored and it often hosts archaeological and art exhibitions and events. Another building of the Genoese period is the “Dark Dungeon”. This is a building that has been connected to a tragic event of the island’s newer history: the “Dark Dungeon” was the prison where seventy Chios notables were held, until their execution, after the unsuccessful uprising against the Ottoman rule in 1822. 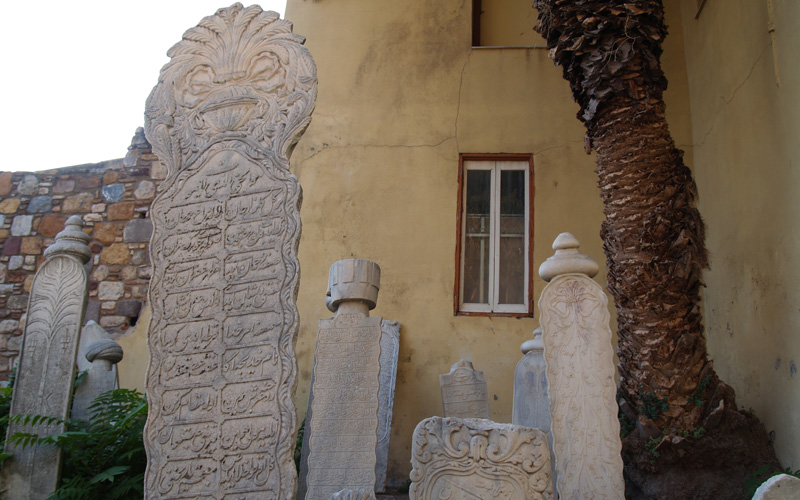 In the Castle’s square lies the Ottoman graveyard, where monuments in memory of important Ottomans can be seen. There lies Kapudan Kara Ali Pasa, whose flagship was set on fire by Konstantinos Kanaris in 1822, during the Greek Revolution.

On the main street, Agios Georgios’ Street, there are two ottoman temples (cami), Hamidiye Cami, a building of 1892 and a bit further Eski Cami, which has been turned into the Church of Agios Georgios (St. George).

Other important buildings that have been preserved within the Fortress’ walls are “Kria Vrysi” (the Cold Fountain), an underground cistern that dates back to the Byzantine period and the tower known as Koulas. The Fortress used to be surrounded by a wide moat.
At the north-west corner the ottoman baths have been preserved. Their successful restoration was completed in the summer of 2012 and has turned them into one of the most impressive sights of the Castle of Chios.

Walking up Agios Georgios Street, the main street of the Castle, leads into the neighbourhood, which has been rebuilt after the disastrous earthquake of 1881. The houses are an example of local traditional architecture: they are two-storey houses, with narrow fronts with closed balconies and small yards. You will enjoy a walk in the Castle’s narrow streets and maybe a coffee or refreshment at the Castle’s picturesque square.

The Fortress of Chios is still inhabited today, numbering about 650 inhabitants.

Source: Ministry of Culture and Tourism