Pyrgi is often called the “painted village” because of the detailed decorative motives on the buildings’ facades. It is the largest medieval village of Chios located at a 25-kilometre-distance from Chios town.

Despite the transformations it has gone under during the years, Pyrgi still maintains its medieval scent. It has architectueral interest. Its defensive design is typical of the southern villages.

There are important historical monuments preserved in Pyrgi.

It was built between the 13th and 14th century. The external architectural elements and the wall paintings are very well preserved. The wall paintings date back to 1665 and were made by the Cretan painter Antonios Domestichos.

Other churches of the village include the one dedicated to the Virgin’s Assumption built in 1694 and the Church of Taxiarchis, built in 1680.

The houses of Pyrgi however, with their unique decorative designs of black and white geometrical shapes, known as “xysta”, dominate the visitors’ eyes. This decorative technique reminds of the Italians graffiti.

The style used for the exterior decoration of the houses is unique. 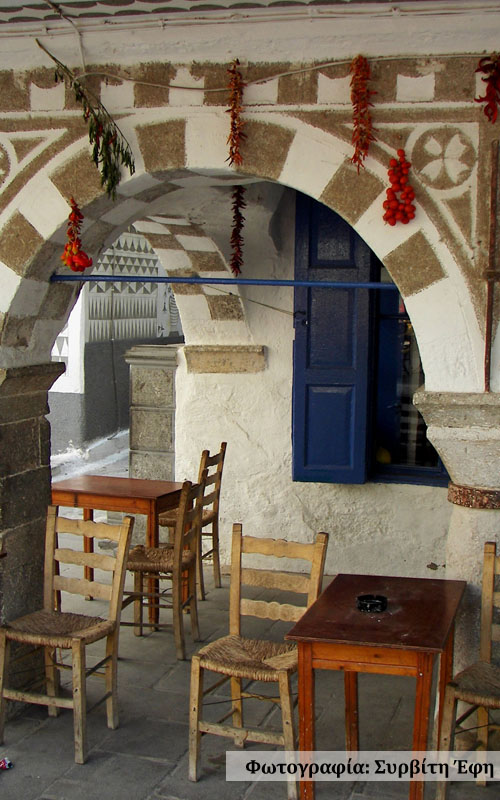 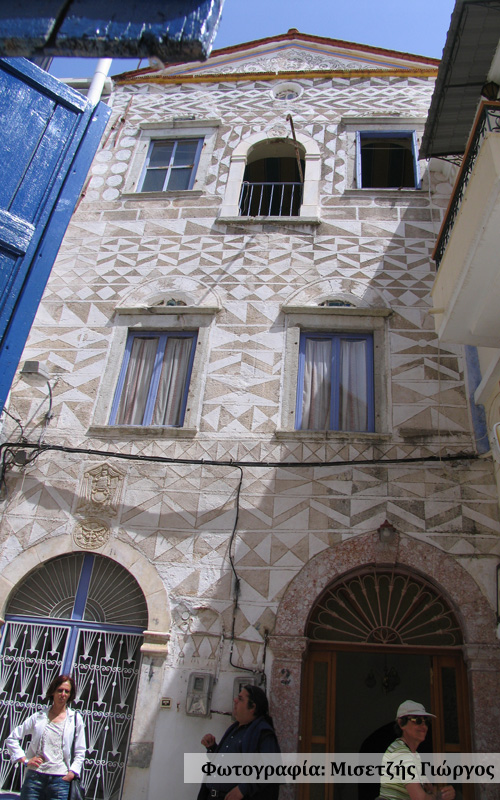 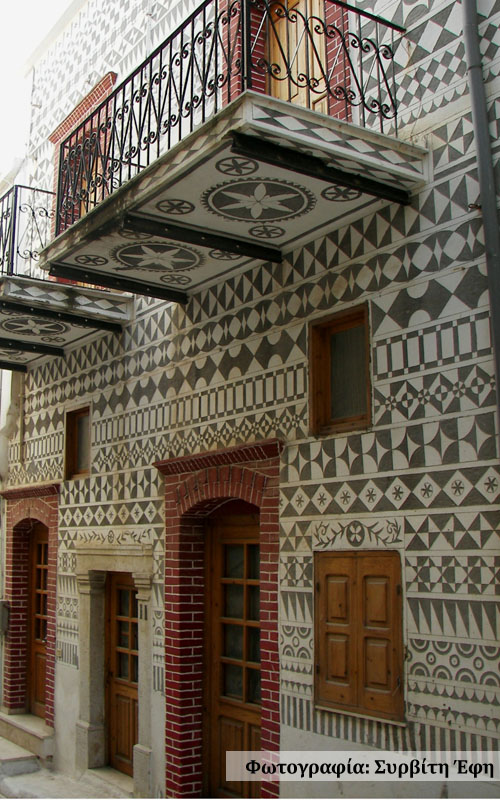